Geoffrey has taken up a new sport - powerlifting.  He competed in his first competition in March 2012 ar the tender age of 63.  He competed at the Australian Championships in March 2013, and won the Gold Medal for his division of age (60 to 69 years) and body weight (up to 74 kg).  He also won the Gold Medal for Bench Press.  He was then selected in the Australian team, and made his international debut at Auckland, New Zealand in December 2013.  He is now the (British) Commonwealth Champion, and Oceania Champion for his age and weight group.


For the second year in a row Geoffrey represented Australia at Powerlifting.  In December 2014 he competed at the combined Asian and Oceania Championships held in Melbourne.  He competed in the M3 74 kg class and overall he won the bronze medal.  For the individual lifts he won two silver medals for squat and for deadlift, and a bronze for bench press.  His best competition lifts are 110 kg at Squat, 82.5 kg at Bench Press, and 152.5 kg at Deadlift.

Lolita now competes at the Bench Press event.  She has competed in five tournaments so far, and her best competition lift is 40 kg.


2013.  Wearing green and gold for Australia, he is concentrating when about to lift 150 kg.  The Commonwealth Gold Medal. 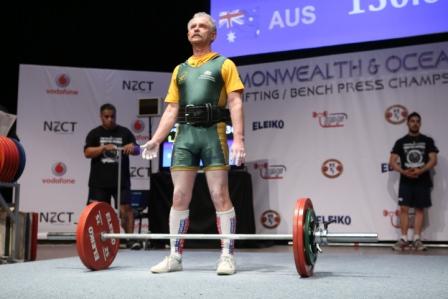 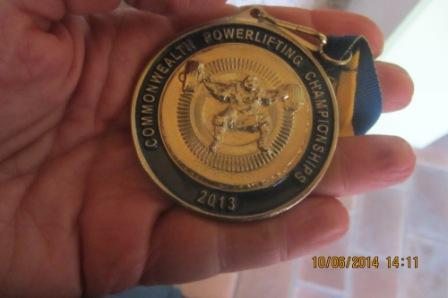 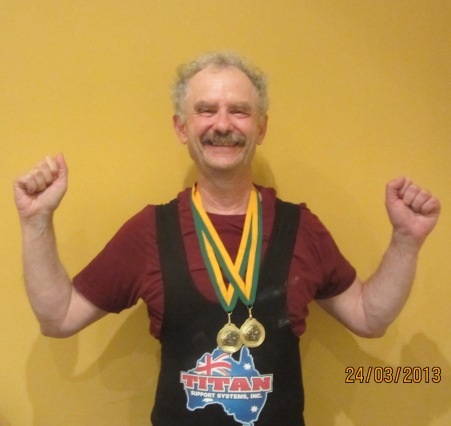 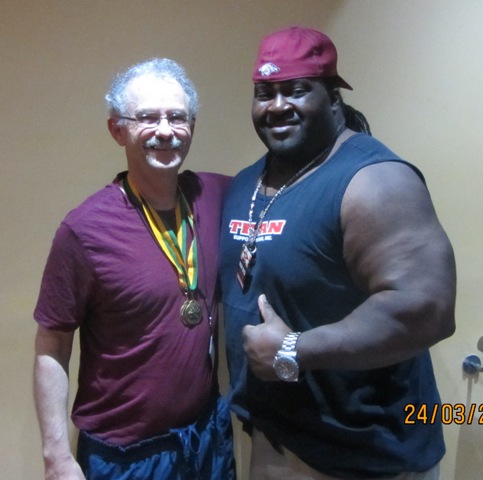 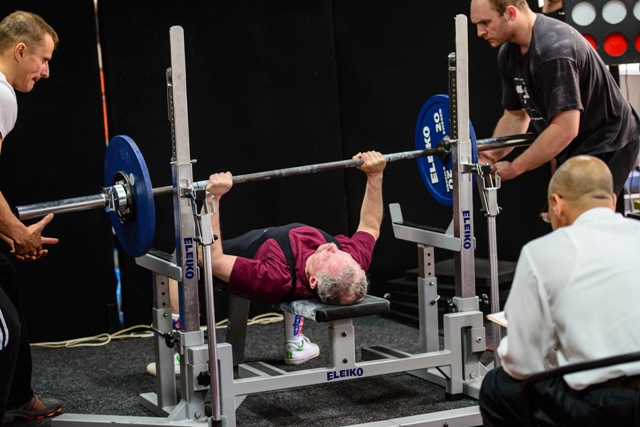 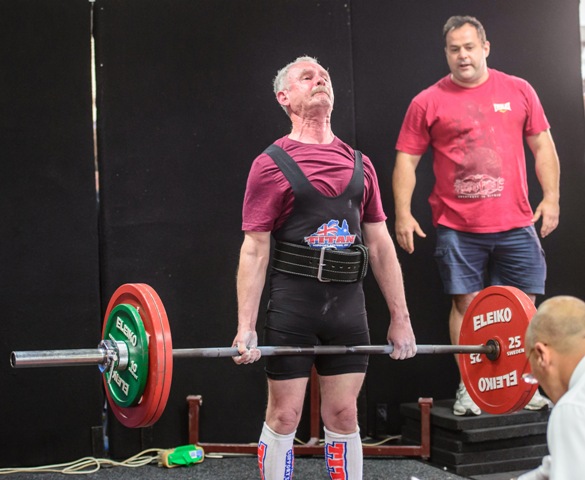